In the 1950s, Howick was a pretty, historical seaside village, with dusty metal roads, sheep-filled paddocks and blackberry hedges. It was a long way from Auckland city and the small population had to make their own entertainment. So in 1954, Alma Woods, encouraged by husband Fred, placed a small advertisement in the Howick Post, which led to an initial meeting of six people. Eighteen people went on to form the Howick Little Theatre Group.

On her arrival from England two years before with Fred and two small children, Alma, already an experienced actress, could not have imagined that she would be founding what has gone on to become one of Auckland's best-known and most respected community theatres.

Initially, she taught acting skills to mostly young mums on Saturday mornings and the group performed one-act plays and pantos in the village's Town Hall, with its hard wooden pews and a stage "the size of a small sitting room", until about 1964, when it was demolished to make way for a supermarket. Long-time members talk none too fondly of the cold, draughty and spartan changing area and actresses sprinting 50m to the nearby Plunket Rooms toilets – the men settled for Howick Library's rose bushes, which were just outside! Plays and musicals were then performed in various venues around the area, including the RSA hall, Monterey Theatre and a number of school halls.

Alma wrote HLT's first New Zealand play, Have Not Charity, in 1957. She followed it with Setting the Day (1958) and Step in the Hollow (1964), which won a British Drama League award. Other members have also contributed plays over the years, including Doug Aston, who wrote and directed The Spellbound Forest and a version of Cinderella in the 1960s, and Diane Francis, who wrote In Search of Kiwi Magic (1977).

The need for a permanent home for this burgeoning Auckland theatre group was first raised with local government in 1959, for, as well as a performance and meeting space, the theatre needed somewhere to store the burgeoning collection of props, sets and costumes.

By 1970, fund-raising for a purpose-built venue was in full swing, with regular sausage sizzles and village stalls selling cakes, jams and preserves. The coffers slowly built during the lengthy negotiations with Manukau City Council over land in Lloyd Elsmore Park, a large recreational area off the Howick-Pakuranga Highway. Life member Hugh Phillips designed the theatre and it opened on July 28, 1974, with a youth group play, followed by a production of A View from the Bridge. Acting classes began in 1971 and there are classes catering for six-year-olds up to adults, run by professional tutors, two days a week.

Soon after the theatre was completed, expansion was planned, as the dressing-room and storage areas proved too small. In 1982, the building size was doubled, providing space for a workshop and secure wardrobe, and a bar was added in 1985.

Since the 80s, HLT, now part of Auckland City's sprawling eastern suburbs, has produced New Zealand plays virtually every year or two. Audiences' tastes have moved away from traditional British fare, particularly farce, with scripts from closer to home proving very popular. The 20th century was seen out with John Vakidis's Tzigane and the 21st welcomed in with Roger Hall's Social Climbers.

In the early 90s, the major step was taken to employ a paid office administrator to, among other things, consolidate ticket-selling, which until then had been done first by a local shopkeeper and then by an HLT member at home. The job has expanded over the years and the office manager is now integral to the smooth running of the organisation. She helps maintain the theatre's high standards of public presentation offstage, running the sizeable subscriber base and assisting the management committee with a myriad of tasks.

Further extensions were done in 1993, and in 2002 a massive renovation – during a rainy winter that produced leaks to rival Hunua Falls – saw the public areas modernised, including the addition of a deck, and a new room added for meetings, rehearsals, etc. These changes attracted attention from other community groups and some are now regular users of the theatre's facilities.

A financial loss in 1999 provided a timely wake-up call to challenge and overhaul many of the theatre's traditional methods and procedures. A business focus has been applied to the administration with major success. Advertising HLT as a hire venue was one initiative, and this has seen productions ranging from Stuart Devenie in The Daylight Atheist to Theatresports and Russian dance and theatre group performances. HLT looks forward to carrying on its strong tradition of entertaining into the future.

(reprinted from Playmarket's State of the Play magazine, Spring 2004) 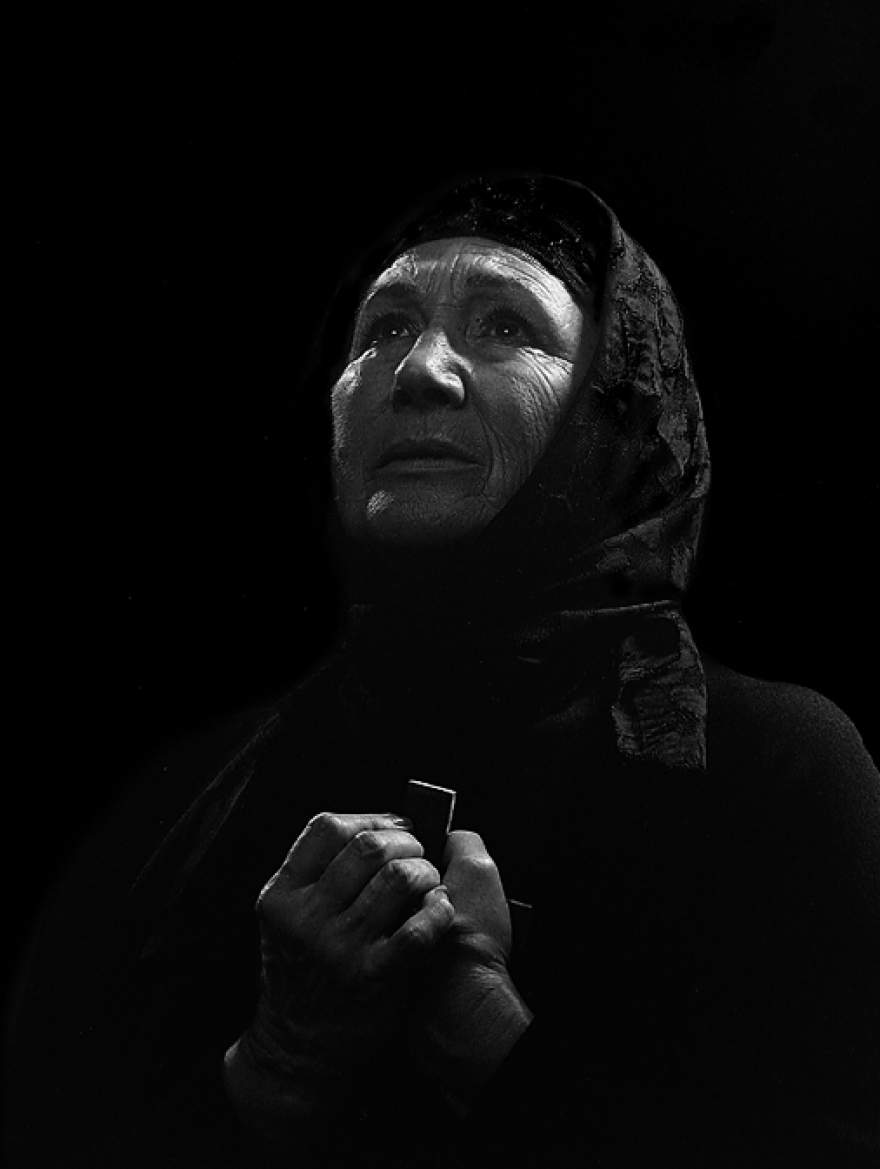 Alma Woods as a Greek Cypriot mother who has just lost a son in a terrorist bombing.
(Photograph courtesy of David Roberts.) See some of Alma's onscreen history. 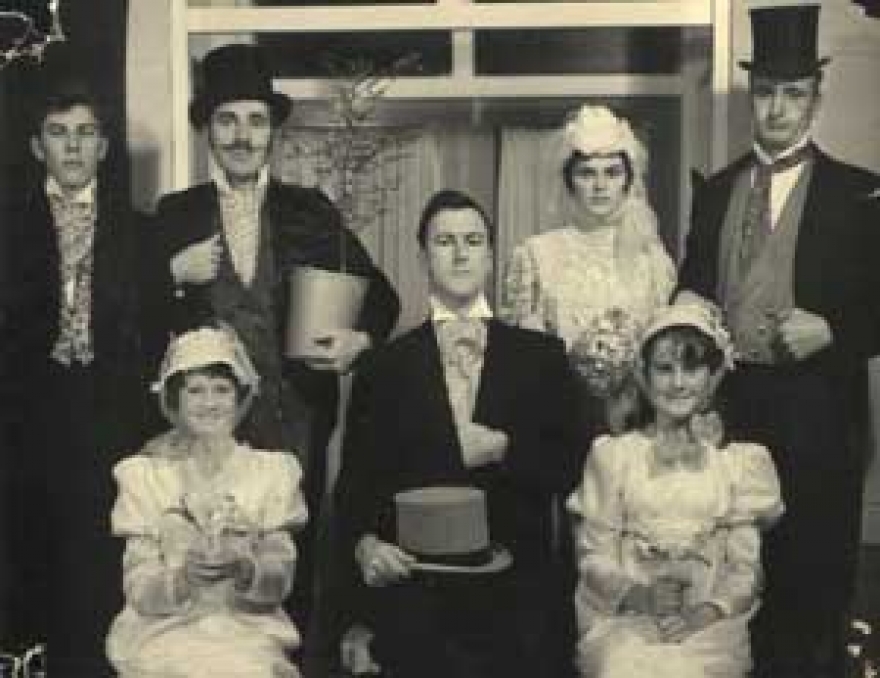 TV Gets In On The Act

In 2005, a half-hour documentary about Howick Little Theatre, one of Auckland's foremost community theatres, featured in TV1's Artsville slot on national television. Filming took place over three months during the rehearsals and season of Roger Hall's Take a Chance on Me, directed by Penelope Elliot, which was part of the theatre's 50th Jubilee line-up in 2004. The programme was highlighted in a New Zealand Listener article.

Then in 2014, RNZ came calling for HLT's Diamond Jubilee. Justin Gregory visited the theatre to meet and interview some longstanding members and find out how HLT had survived for so long. He asked who had been there the longest. Foundation member Sheila Parks put up her hand. Hear the interview.

For details of executive committees, directors, productions, award winners, and the venues used by Howick Little Theatre in the years to 1974, when the theatre got its own venue, see: